For years the back of the Kotel Plaza at the Western Wall of the Temple Mount was been blocked off with temporary eight foot high metal barriers. I assumed the barriers were to protect people on the plaza from construction on the cliff rising up to the Jewish Quarter. But when Aish HaTorah’s new building was completed, the barriers remained.

Recently, I found out why. They surrounded an active  archeological dig.

Roman cities were built with two main streets. They had an east-west street and a north-south street, called a Cardo. When the Romans came to Jerusalem, they built new streets through the city. Their east-west street ran from the Jaffa Gate to the Temple Mount. Today’s David Street in the Christian Quarter, which continues as the Street of the Chain through the Muslim (Arab) Quarter follows its route. The north-south street ran from the Damascus Gate to the Zion Gate. This Cardo is one of the Jerusalem landmarks shown on the 5th century mosaic map of the Holy Land found on the wall of a church in Medaba, Jordan.

During the reconstruction of the ruined Jewish Quarter after 1967, the original Roman-Byzantine Cardo was found. Part of it remains open to the air, and several reconstructed Roman columns stand in it. Part of it runs under more recent construction. The old roof was repaired, and new shops were opened within the stone framework of the ancient ones. Much of the pavement is modern. But near the entrance to the roofed Cardo is a wide area where you can see, and walk on, the ancient paving stones. One rainy day I was walking there and saw young children riding their tricycles and bimbas. Their mothers stood nearby, chatting with each other. No doubt they were glad to have  the dry place for their youngsters play outside. The Romans thought they had destroyed the Jewish people when they destroyed the Temple. I wondered, what they would have thought if they could see these Jewish children playing on their street, almost 2000 years later?

In Jerusalem, a secondary Cardo was built in the central valley that separated the Temple Mount from the western hill. The Medaba map clearly shows this street running along the side of Temple Mount. The Byzantines had not been able to rebuild the secondary Cardo. Too many huge boulders lay embedded in it from the earlier Roman destruction of the city.

This street was forgotten, hidden under centuries of other buildings and debris. During the reconstruction of the Jewish quarter after 1967, the archaeologist Roni Reich discovered this secondary Cardo while clearing the Kotel Plaza. But making the Jewish Quarter livable again and constructing homes were higher priority. Although no building was permitted in this area, it was not excavated either. It took 35 years before the Company for the Reconstruction and Development of the Jewish Quarter was ready to allow archaeologists to explore the second Cardo.

Excavated secondary Cardo at back of Kotel Plaza. Arches are entrances to what were once small shops..
Photo: Yehudit Reishtein

When the archeologists did start work in the this part of the Kotel Plaza, they found remains and artifacts from the First Temple period through the 12th century. They determined that this part of Jerusalem had been an administrative and commercial center. Government functionaries and merchants worked here long before the Romans came to this side of the Mediterranean, and even before the Babylonians conquered Jerusalem.

Today, before you can build anything or open a business, you need official approvals at many steps along the way, in the form of stamps and signatures. So it was in ancient times. Their stamps were made of clay, which made an impression on soft wax seals to indicate official approval. These clay stamps are called bullae, and hundreds of them were found in this excavation, primarily in the remains of a four room house built in typical First Temple period style.

When the First Temple stood, Jewish names usually included G-d’s name. Often the name ended with “-el” or “-yahu,” (Hebrew words for G-d), and many of the bullae were inscribed with such names.

Among other artifacts, excavators found a signet ring bearing the name Netanyahu ben Yoash. All artifacts found in archaeological digs belong by law to the Israel Antiquities Authority (IAA), but the authority has lent this ring to the current Prime Minister,   Benjamin 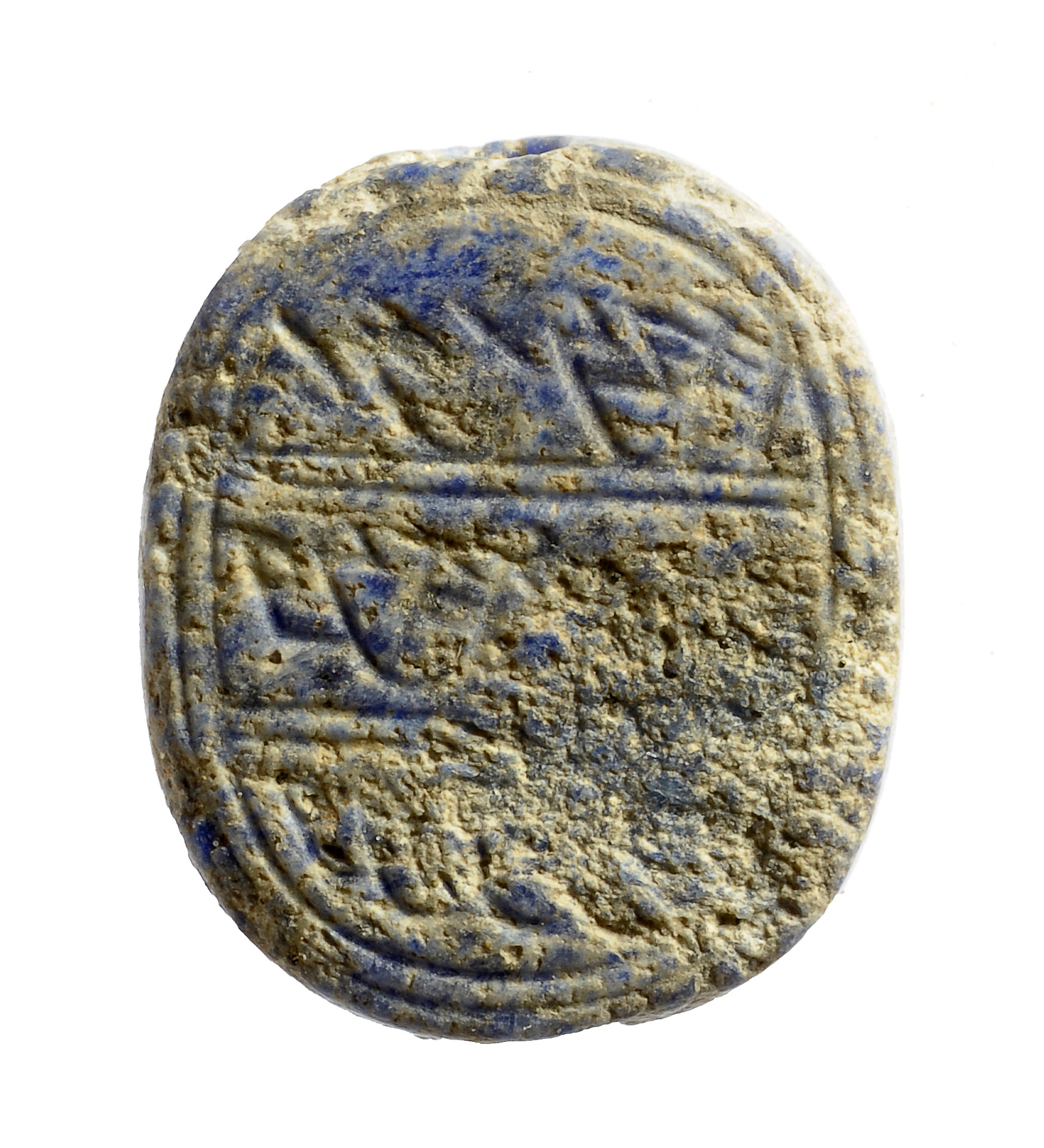 Netanyahu. He is said to keep it with him at all times. When challenged about Jewish rights in Israel, he pulls this bulla from his pocket as proof that Jews lived and worked here in Jerusalem over 2500 years ago. In showing this ring, Netanyahu is not trying to prove that his personal lineage in the land of Israel has been continuous since First Temple times. I’m sure he is well aware that his father changed the family name to Netanyahu. Rather, he is saying that Jews, carrying names that are still used by today’s Israelis, have been present in the land, and particularly in Jerusalem, for all this time.

“Did you see those round holes full of water? What do you think they are?”

No one answered him.

“These holes are much later than the street itself. They were used for dye. Cloth dying was always a trade practiced by Jews in Jerusalem. When Moses Maimonides came to Jerusalem in the 12th century, the only Jews he found in the city were dyers.”

Despite the Crusaders having banned Jews from the city, two Jewish dyers lived in Jerusalem in the late 1100s. Even in times when the authorities tried to keep Jews away from their holy places, the economic needs of the inhabitants could override their edicts. For the sake of clothes in nice colors, Jewish dyers were allowed to lived and work in Jerusalem.

I have visited the Kotel Plaza at least a hundred times, but I never realized so many additional links to our history were found under and around it. Discovering such unexpected links in what I felt were familiar places is one of the many things I love about living in Jerusalem.